We express our gratitude towards our contributors and towards Canadian Heritage for its partnership: 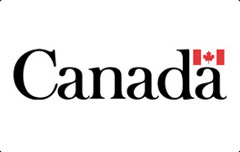 The âVirtual Cathedralâ exhibit and the launching of âArchives Virtuellesâ have been made possible thanks to the expert contribution and support of a remarkable team of archivists, researchers and professors.

We wish to thank the following persons for their participation (listed in alphabetical order):

o Daniel COGNÃ teaches literature at the CÃ©gep de l'Outaouais and is Fellow and Past Vice-President of the Royal Heraldry Society of Canada. He was editor of the magazine âL'HÃ©raldique au Canada-Heraldry in Canadaâ from 1991 to 1995, curator of the exhibit âLasting Impressions: Seals in our Historyâ, National Archives of Canada, 1991 and is an associate member of the International Academy of Heraldry.

o Jean-FranÃ§ois COTTIER is a full professor in the Department of French Literature and Director of the Centre dâÃ©tudes mÃ©diÃ©vales at the UniversitÃ© de MontrÃ©al. He is also a specialist in Latin literature of the Middle Ages and the Renaissance, and a researcher funded by the Social Sciences and Humanities Research Council of Canada for his studies of the Latin heritage of QuÃ©bec.

o Lorraine GADOURY has been archivist at Library and Archives Canada since 1991. She has a PhD in history and is a specialist in the history of New France. She is the author of numerous articles and publications relating to, among other things, the demography and family of New France.

o Jean-Philippe GARNEAU is a professor at the UniversitÃ© du QuÃ©bec Ã  MontrÃ©al and a specialist in the history of law, particularly in Quebec society before 1867. His work focuses specifically on the social and cultural history of law and justice.

o LÃ©o-Paul HÃBERT is a priest and cleric of Saint-Viateur. He has taught at the CÃ©gep de Joliette and worked as a historian and researcher. He has two PhDs, one in literature (Sorbonne) and the other in history (Paris IV). He is the author of about 15 volumes and some 30 articles on the Amerindian peoples. He annotated, transcribed and translated Mort prÃ©cieuse and transcribed and wrote commentary on the Registre de Sillery.

o Gilles HÃON has been linked to the world of archives since 1969 when he joined the Archives nationales du QuÃ©bec and became a member of the Association des archivistes du QuÃ©bec. He retired from the Archives nationales du QuÃ©bec in October 2004 and has since worked as archivist-advisor with the city of Quebec and now works with the Roman Catholic Archdiocese of Quebec City. He is the author of numerous texts in magazines dealing with archives. In recent years, he has written a series of observations on the future of religious archives in Quebec.

o Pierre ISABELLE is currently a Principal Scientist with the National Research Council, where he has managed the Interactive Language Technologies Group of the Institute for Information Technology since January 2005. Dr. Isabelle holds a PhD in linguistics from the UniversitÃ© de MontrÃ©al. He has devoted his long career to doing and managing research in language technology. Before joining the NRC, he has worked as: researcher and Scientific director of the TAUM group of automated translation (UniversitÃ© de MontrÃ©al); manager of the Machine-Assisted Translation group of the CITI Laboratory (Industry Canada); founder and manager of the RALI laboratory (UniversitÃ© de MontrÃ©al); and manager of the Content Analysis Group of the Xerox Research Centre Europe Laboratory (Grenoble).

o Danielle LORD, museologist and art historian, has worked for various Canadian institutions as a curator and writer of historical commentary and technical descriptions of religious art.

o Christiane MELANÃON is a full professor at the UniversitÃ© du QuÃ©bec en Outaouais, where she has been a professor since 1993. She contributed directly to the development of the Department of Language Studies which, in just a few years, allowed the UniversitÃ© du QuÃ©bec en Outaouais to become the third most important translation training institution in Canada. Ms. MelanÃ§on was a key person in the establishment of the Language Technologies Research Centre, whose mission is to carry out and promote research development and technology transfer activities in language technologies. An author of numerous scholarly journals, she has worked in a number of research and teaching fields, and she was the president of the Conseil international d'Ã©tudes francophones from 2007 to 2009.

o RÃ©jean PLAMONDON is a full professor in the Department of Electrial Engineering at the Ãcole Polytechnique de MontrÃ©al where he is director of the Scribens laboratory, a group conducting research on automated processing of manuscripts. Various applications are currently under study: automatic signature verification, writing recognition, writing learning, analysis of fine motor skills, and document preprocessing.

o RÃ©mi SAVARD was referred as an expert by Ghislain PICARD, the Chief of the Assembly of First Nations of Quebec. After completing a Masterâs Degree in Sociology from Laval University (Quebec City, 1960) and a Doctorate in Ethnology from the Ãcole Pratique des Hautes Ãtudes (Sorbonne, Paris 1964), RÃ©mi Savard taught at the Department of Anthropology of the UniversitÃ© de MontrÃ©al until the end of 2001, except for a five-year period (1969-1974) when he was employed by Laval University. His teaching has been influenced by his research into communities whose land and natural resources were appropriated by descendants of colonists from Europe in the mid-19th century.

PROJECT MANAGEMENT: As creator of the âVirtual Archivesâ electronic publishing project, Marie GRÃGOIRE designed and produced the âVirtual Cathedralâ exhibit by establishing links among the heads of several major institutions and distinguished participants and specialists. Her goal in designing the âVirtual Archivesâ project was to provide electronic publishing of historical documents and greater access to these documents. professor associated with the Department of History of the UniversitÃ© de Sherbrooke. She has a PhD in History-Archeology from Ãcole Pratique des Hautes Ãtudes, Sorbonne Ã  Paris..

For the splash page of this Web site, we are grateful to Les Ã©ditions du SEPTENTRION for their permission to reproduce the âMap of New Franceâ (attributed to Jean-Baptiste Franquelin, around 1708), from the atlas by Raymonde Litalien, Jean-FranÃ§ois Palomino and Denis Vaugeois, La mesure dâun continent, (Mapping a Continent: Historical Atlas of North America, 1492-1814 in English), Les Ã©ditions du Septentrion, 2008.
Designed by: Pakobrats© 2008 LTRC-AAQ